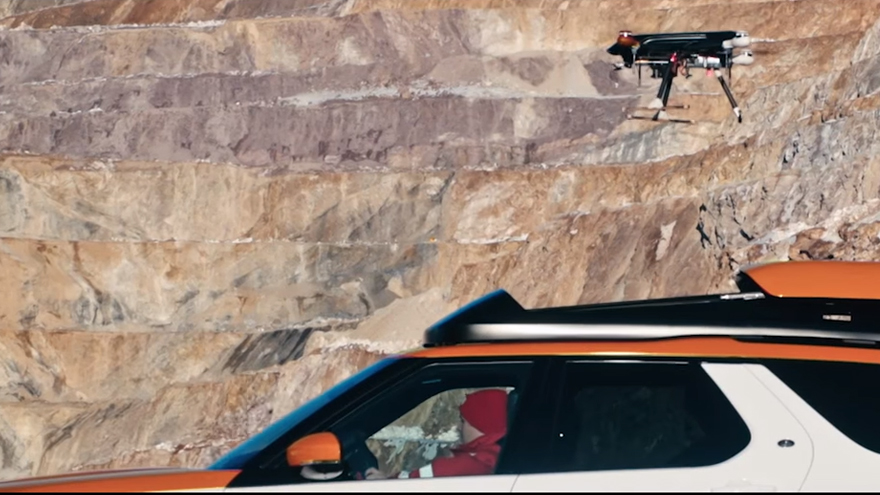 Jaguar Land Rover has revealed a special edition of its Discovery sports utility vehicle featuring a fully-integrated drone deployment system as part of its Project Hero initiative. The Austrian Red Cross plans to utilize the vehicles during search and rescue operations.

Designed by the Special Vehicle Operations unit of Land Rover, the SUV comes loaded with the capability of storing and launching a drone via magnetic launch pad concealed within its roof. On board the drone will have both infrared and RGB sensors for capturing a birds-eye view of the landscape and detecting heat signatures while relaying its data and footage back to the vehicle for Red Cross personnel to inspect. The system also has the capability of cross-referencing previous scans of the environment to detect potential changes in the landscape caused either avalanches or earthquakes.

The Austrian Red Cross uses the Erzberg mine situated in the valley of Esiernerz, Styria, as its training facility. The custom SUV will be deployed and tested there first, but the use case has already been established.

The result of 63-year international partnership between Land Rover and the Red Cross, the custom Discovery SUV and drone system represent the most technologically advanced efforts of the two to date. The manufacturer of the drone was not mentioned in the marketing materials.