Michael Chasen is the CEO of PrecisionHawk. Prior to PrecisionHawk, he was the co-founder and CEO of Blackboard (NASDAQ: BBBB), a leader in the global eLearning space. He grew Blackboard to serve over 30,000 institutions worldwide, had 3,000 employees and 20 offices around the world. Michael took Blackboard public in 2004 and ran it as a public company for 7 years before selling to Providence Equity Partners for $1.7B. Michael then started SocialRadar, a company specializing in improving location accuracy on SmartPhones, which he sold to Verizon in 2016.

Michael has his undergraduate degree in Computer Science and got his MBA from Georgetown. 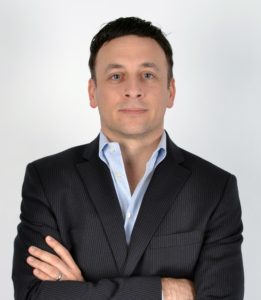 Daniel K. Elwell is the Deputy Administrator of the Federal Aviation Administration (FAA). Mr. Elwell was sworn in to office on June 26, 2017 following his appointment by President Trump. He also served as Acting FAA Administrator from June 2017 until August 2019.

Elwell previously served at the FAA as the Assistant Administrator for Policy, Planning, and Environment from 2006-2008. Most recently, he was Senior Advisor on Aviation to U.S. Secretary of Transportation Elaine L. Chao. Earlier in his career, he served as a legislative fellow for the late Senator Ted Stevens (R-Alaska).

From 2013-2015, as Senior Vice President for Safety, Security, and Operations at Airlines for America (A4A), Elwell was responsible for leading the advancement of commercial aviation safety and security excellence for major U.S. air carriers.

Open source is the mega-trend in software in 2019 and the default R&D model for the software industry – Redhat Linux has become a household name after the acquisition by IBM. Microsoft is today the largest contributor in the open source space. The driver for this pattern is software complexity: Open source allows decentralized problem-solving. The drone industry has embraced open source from the get-go and proprietary software solutions have been in sharp decline, with the most noteworthy example being Airware.

This keynote will look at the main drivers behind this development and how open source software will transform the industry in 2020 – drones are becoming software-defined, and we will see the first “apps” being run onboard of a drone. This will be accompanied with more standardized drone hardware, similar to hardware standards for the computer industry. The standardization will bring down cost for commercial drones and enable completely new applications. The talk will wrap up with an outlook into the main software trends until 2025, when new safety regulations will again change how software on drones is being developed.

Dr. Lorenz Meier is Co-Founder of Auterion and holds a Ph.D. in computer science from ETH Zurich. He has worked on open source software for drones since 2008. He created the PX4 autopilot, the equivalent of Android for drones. Lorenz is also the creator of several de-facto drone industry standards, including Pixhawk, MAVLink and QGroundControl. Throughout his decade-long career Lorenz received numerous awards and fellowships for his work, and in 2017 he was nominated MIT 35 Innovator under 35 by MIT Technology Review.

Romeo Durscher’s keynote takes a look at the current state of DJI UAS applications in Enterprise and DJI’s focus to help scale the commercial drone market and applications.

Romeo is the Director of Public Safety Integration at DJI, the world’s leading maker of unmanned aerial vehicles. The past three years, Romeo has been working on various first responder and humanitarian projects to gain insight into the needs and challenges of fire fighters, search and rescue personnel, law enforcement officers, and humanitarian organizations. Romeo has actively participated in training, as well as real-life missions, such as search and rescue, fire, and natural disasters, and has been providing training using drones during live fire exercises. Romeo has been leading the DJI partnership with EENA (the European Emergency Number Association) and selected pilot test sites in Europe, as well as public safety partnerships in the US, to test and validate DJI technologies. Romeo has lead various internal and third-party solution projects and was named one of the 25 Most Influential People in the Drone Industry by the Commercial UAV organization. Romeo is also known for his aerial photography work, which has been published in various magazines, books, featured in TV shows, and hung in galleries across the globe.

Join Tom for an unfiltered and hard-hitting look at our industry and why we may be ignoring our best assets. Is it possible that we have become our own biggest roadblock to success? Has the constant debate about regulations obscured the value of present-day practical solutions? Tom will share the approach that has accelerated DroneUp’s growth and how their customers are benefiting.

Tom is the founder and CEO of DroneUp. DroneUp is a comprehensive network of drone pilots, providing aerial data collection services. DroneUp delivers on-demand drone services to commercial, government, and public safety organizations through its patent-pending verification platform, Mission Match™️. With a variety of industrial uses, DroneUp is poised to assist with sustainable drone integration strategies for diverse organizations.

A former military officer, Tom is a recognized pioneer in military and government digital reform, having managed the extensive programming and web enablement of computer systems to support both the U.S. and International Special Forces.

As a result of his thesis, The Point of Mobile Confluence, Tom was tapped as an advisor to the White House on innovative technologies and their impact on the emerging workforce. The data from the research, combined with his military search and rescue experience, led to the creation of DroneUp.

Mike graduated from the United States Air Force Academy in 1991. After graduation he attended pilot training at Reese Air Force Base, Texas. Following pilot training Mike flew the KC-135 Stratotanker and was an instructor in both the E-3 AWACS and C-21 learjet. He commanded sorties supporting Operations Northern Watch, Southern Watch, Allied Force, and Noble Eagle. He also controlled all C-130 traffic in and out of Iraq during a deployment in support of Operation Iraqi Freedom.

While assigned to staff positions, Mike served as a data reduction analyst for the Phillips Lab (now the Air Force Research Lab) at Kirtland Air Force Base where he split time between the Argus airborne test bed and the Satellite Assessment Center. He also served two tours in Air Education and Training Command as the Chief of the Tanker/Airlift training branch and Chief of the Flying Training Section responsible for financial planning and analysis for all mobility training aircraft in AETC. While in AETC, Mike was also heavily involved with training systems requirements analyses for both the Joint Cargo Aircraft and the KC-46.

Mike’s expertise is centered around worldwide flying operations as well as training and simulation. After retiring from the Air Force with nearly 21 years of service, he was hired by Frost & Sullivan as a Senior Industry Analyst for Aerospace, Defense and Security and was recently promoted to Vice President. Mike’s main areas of research and analysis are the unmanned systems and training and simulation markets. He has spoken about UAS markets at AUVSI’s Xponential Conference, Technology Training Corporation’s UAS West and East Conferences, the Interdrone Conference and Expo, the Energy Drone Summit and the Commercial UAV Expo. In 2017 and 2018 he was part of a keynote presentation at the Commercial UAV Expo.

Colin Guinn is a serial entrepreneur and high tech product development expert. He is currently the founder of Guinn Partners, an autonomous robotics and emerging technology consultancy and investor. Prior to this, he founded Austin startup Hangar Technology, after serving as Chief Revenue Officer at 3D Robotics and founder/CEO of DJI North America. Colin has product developed, invented, and/or holds patents for some of the most popular drones in the world, including the DJI Phantom, Zenmuse Gimbal systems, the 3DR Solo, and several others. He is one of the most interviewed experts on robotics and drone technology in the world, and provides product development guidance to startups and Fortune 500 companies alike. He has testified on the subject of commercial drones in a congressional hearing, has been featured at premier industry conferences, and in countless top-rated publications and newscasts, including 60 Minutes, CNN, Techcrunch, Forbes, and Fast Company. During his career developing drones, Colin has had the opportunity to teach many of the world’s greatest technologists, artists and filmmakers about drones; including Elon Musk, Richard Branson, Jeff Bezos, Stephen Spielberg, Michael Bay, Carlos Slim, and countless others.

Jackie’s vision is to be a solution provider and the critical link between emerging UAS technologies, individuals, schools, enterprises and governments. Jackie has a strong belief that drones will have a major impact on improving safety, the environment and saving lives across the world, not just in the future but now. As founder and CEO of Hover UAV, an internationally recognised drone consultancy and system management company, Jackie herself has invented products now considered standard equipment to improve the safety of life.

Jackie has been recognised in both the UAS and business worlds. She was made a 2018 honoree as a woman to watch in the UAS industry for conservation, and finalist For Australian Association of Unmanned Systems 2019 leader and humanitarian company of the year.