InterDrone: It is time to connect drones to the cloud 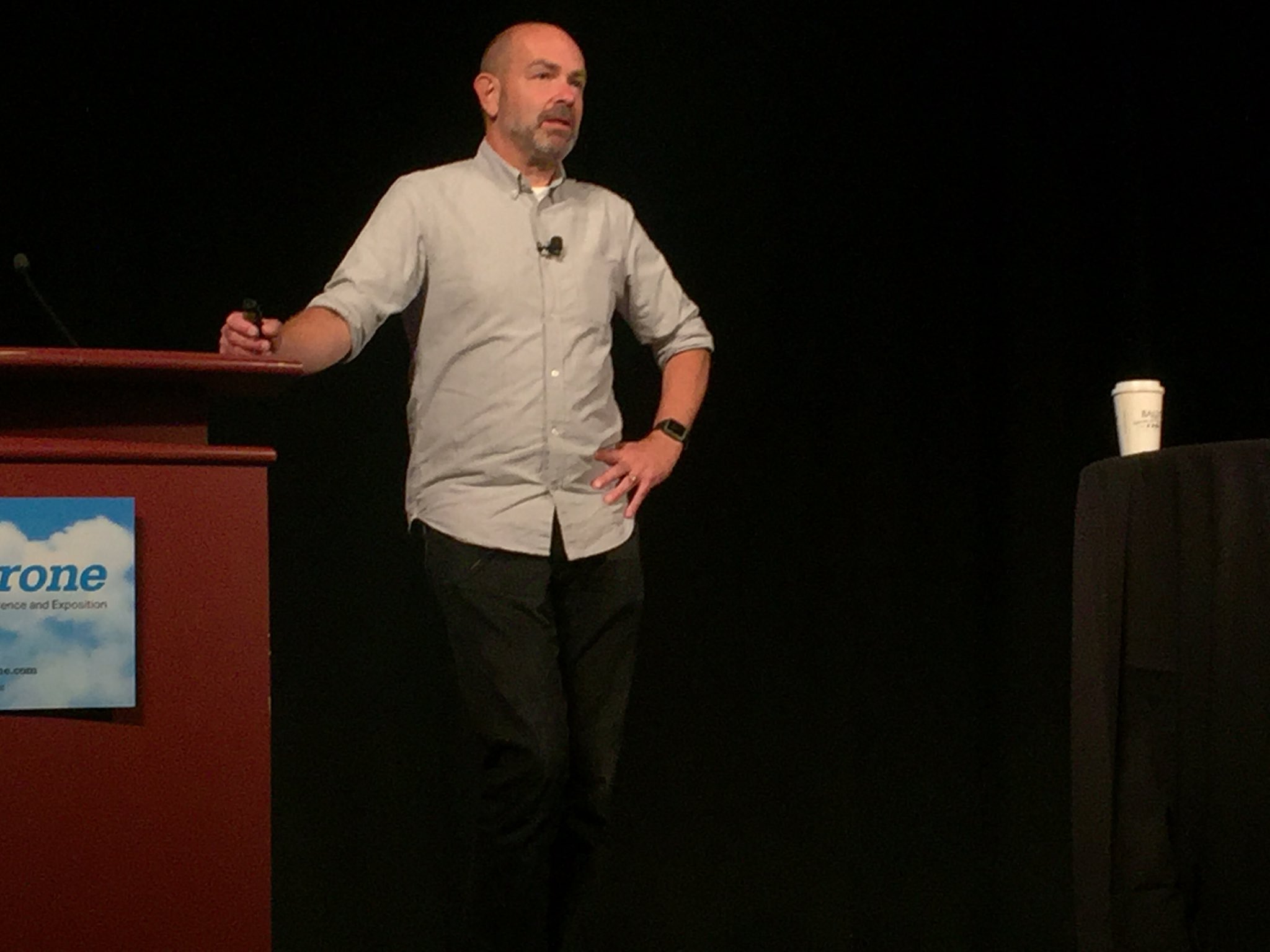 When we think about drones, we often think of them as standalone devices. But they are so much more. Drones have the capability to be our ears and our eyes, and extend the Internet in the physical world, according to Chris Anderson, CEO of 3D Robotics and founder of DIY Drones.

“We are doing something much bigger than drones,” he said at the second annual InterDrone conference today. “We are part of a once-in-a-lifetime transformation of the world using technology.”

Today, to really be able to gain the full value of drones and their capabilities, we have to be able to connect them to the cloud, and to provide an architecture where drones can talk to smartphones and to the cloud as well as allowing the cloud to talk to the drone, and the cloud to talk to other clouds, Anderson explained. “Drones built around a native cloud architecture. That is where drones are going to go,” he said.

By doing this, we provide the ability to gain real-time streaming data analytics. Currently, navigation and mission planning do not give us the ability to access data in real time. Anderson explained when a drone goes out to collect images and data, businesses and operators often aren”T able to access and gain insights until the drone finishes its mission. This is a problem because if the drone didn”T capture exactly what it needed to, or if there is more information that the operator needs, they then have to conduct another mission and so on.

Anderson believes that if we include the cloud in our missions, we can dynamically change the outcome. Real-time streaming analytics will provide the ability to change the mission as it is happening and get feedback in real time, he explained.

To do this, we also need the ability to “Fence and avoid? instead of sense and avoid. According to Anderson, with sense and avoid, drones come into an area blind and avoid objects as they reach them. With a smart cloud-based solution, drones can fence and avoid, which means they take in all the information about the environment and focus on any changes as they happen to navigate.

That fence-and-avoid solution will rely on an n-dimensional map that provides information like traffic patterns, lighting, legal policies, local and state regulations, FAA rules, privacy, and more. Anderson says the car industry is already doing this with autonomous cars, and we are going to have to work together with the car industry to create this collective map in the sky and on the ground.