Going from consumer to professional drones 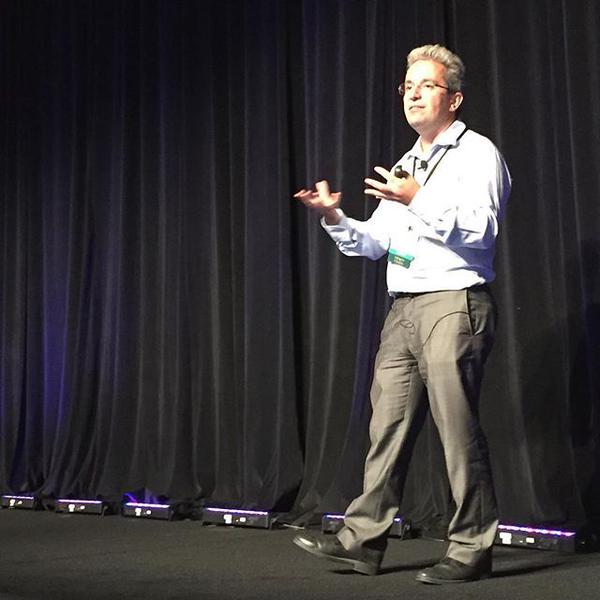 The only difference between a consumer drone and a professional drone is what you do with it, according to Yannick Lvy, vice president of corporate business development at Parrot, who spoke at the International Drone Conference and Exposition (InterDrone) in Las Vegas this week.

(InterDrone is produced by BZ Media, the publisher of InterDrone News.)

According to him, in the early days of computers, no one imagined that people would use their own personal computers for work, yet today there are laptops, tablets and phones that run software that transform personal devices into professional devices. This is where drones are headed, he said. “It is the software that is going to run on these drones that is going to transform them from consumer to professional.”

Consumer drones drive high volumes, which means low costs for designing them, according to Lvy. This will transform the consumer drone into a professional drone because it will be more cost-effective to produce them.”[We] will have access to very cheap drones in the future…that will basically do the same missions as the professional drones today, assuming you have the right software in them,” he said.

An area that is really going to open up the consumer market into the professional world is the idea of the “Micro? UAS, which weighs less than 4.4 pounds. The FAA recently announced it was looking into a more flexible framework for these micro UASes. The same thing is happening in Europe as well.

Lvy believed this new category of drones is really going to drive the growth in the drone market because people will be able to afford to buy their own drones and use them for their own professional uses. The big areas that are going to be able to benefit from this in the short term include inspecting and surveying, agriculture, as well as surveying and mapping, he said.

Parrot is already working on drones for what it calls the “Prosumer? market, which includes media and cinema, real estate and architecture, and civilian safety. In addition, Lvy mentioned Parrot is developing software and a workflow that would make it easier for end users to use drones, collect and analyze data, and use advanced navigation.