Drone TechCon: Drone innovators and policy makers have to work together 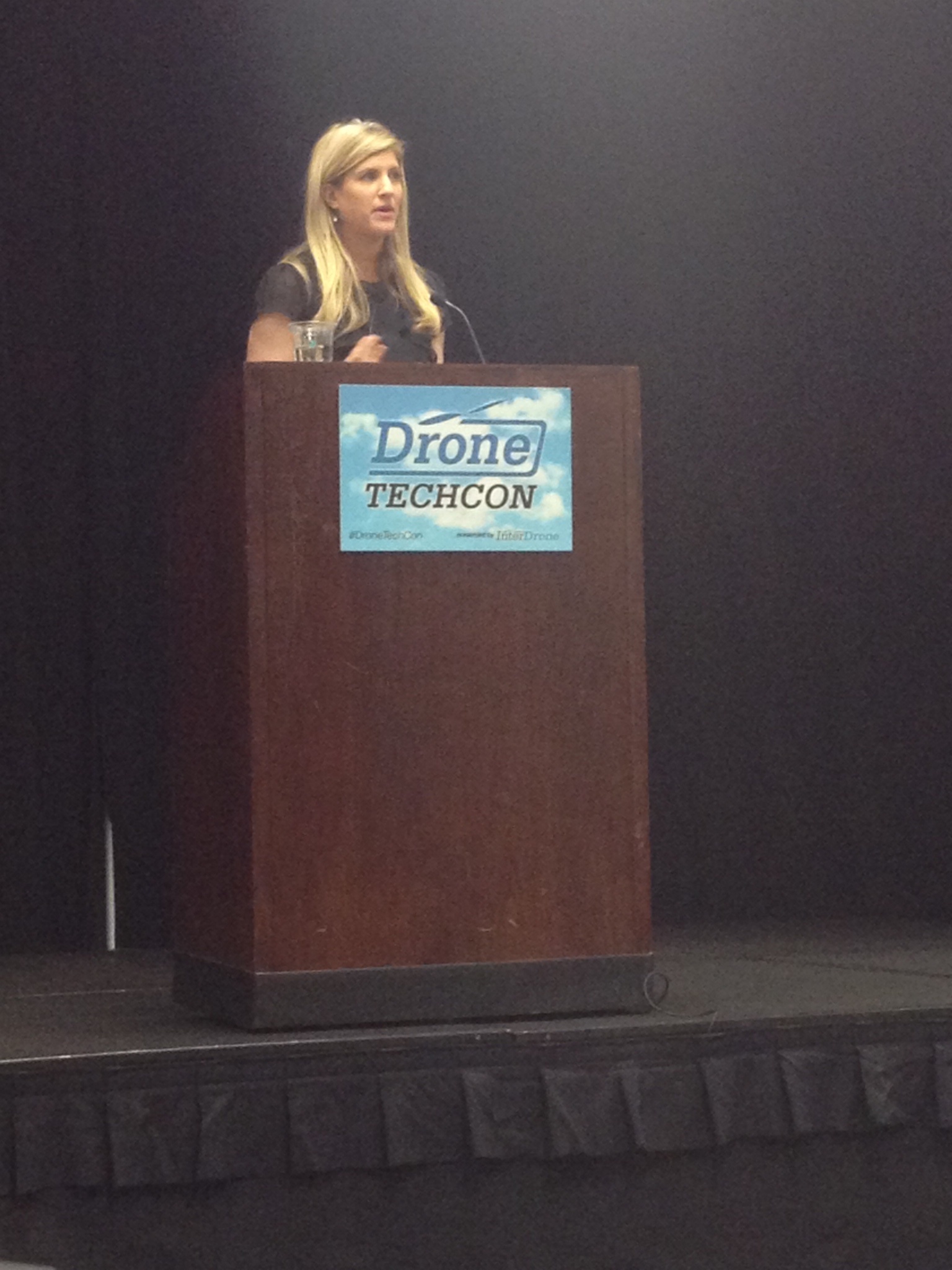 Commercial drones are already being utilized in industries such as real estate, movie production, search and rescue, and agriculture, but the drone industry is about to get a lot bigger in the next couple of years”And it is up to the drone innovators and policy makers to bring it to that next level.

“We are in the midst of drone fever,” said Lisa Ellman, co-chair of UAS practice at McKenna Long & Aldridge LLP, who gave the keynote at this week’s Drone TechCon. “The hope is that this industry is going to be opening in the next year or so.”

One of the biggest sticking points for the commercial drone industry in the United States right now is the process for coming up with policies and regulations that address public concerns. According to Ellman, there is a broad public concern over how drones are going to affect safety and privacy, but a lot of the concern comes from not understanding exactly what a drone is or the benefits they can provide.

“Folks are waking up to the incredible potential of UASes and drones for everything, for every industry,” she said. “If they haven”T yet realized [the benefits], they will realize it tomorrow.”

Ellman said that technology can solve a lot of safety and privacy issues. For instance, there are improvements being made in sense and avoidance technology, but developers working on drones and drone software can help speed up the process if they work with policy makers.

“Technology always moves faster, more quickly than policy making, but the hope is that the policy making will catch up,” said Ellman. “Policy makers aren”T experts; they frequently have a lot on their plates, and they need to understand what the benefits are.”

Manufacturers and drone innovators can work with policy makers to show them the advantages of commercial drones, to teach them the use cases, and to help them figure out how the policy should be updated over time, according to Ellman.

But while the drone industry waits for the policy makers to catch up, there is still a lot of progress being made within the federal government, such as the Federal Aviation Agency’s proposed drone rules.

The FAA has ways drone operators can apply for a drone exemption. The most common one is Section 333, and the FAA has already made improvements to streamline the process, according to Ellman.

Some of those improvements include a new summary grant approval process, which allows manufacturers to set a precedent for their customers and to get approval for their drones if they already had their vehicles and use cases approved; a downgrade from a pilot license to a recreational or sports pilot certificate requirement; no longer requiring a third-class medical certificate; and the addition of a blanket certificate of authorization for flights 200 feet and below. As of May 1, the FAA has granted 248 Section 333 petitions.

“We are all very anxious…but the FAA is sincere and really trying to speed up the process,” said Ellman. “The key is that they want to make sure you are not recklessly endangering the public.”

Drone TechCon is a partner conference of the Association for Unmanned Vehicle Systems International’s Unmanned Systems Conference going on in Atlanta this week. Drone TechCon will also be a part of InterDrone on September 9-10-11 in Las Vegas. In addition, InterDrone will feature Drone Flyer and Drone Business Conference.

“It is going to be the entire commercial drone industry…all brought together at one place, at one time,” said Ted Bahr, chairman of InterDrone.